Brazilian jiu-jitsu black belt John Combs grew up just North of LA, competing in wrestling during high school, and receiving NCWA All-American wrestling honors while attending college at CU Boulder. John’s life changed in 2010 when he discovered Brazilian jiu-jitsu at Easton Training Center in Boulder, CO. Under the instruction of decorated black belts Amal Easton and Eliot Marshall, John won gold at the 2016 IBJJF Pan Ams as a brown belt, submitting his entire bracket in under 6 minutes. His breakout performance however, was in the invite-only 2016 Copa Podio tournament in Buenos Aires, Argentina. He competed with such athleticism and heart that his performance inspired the short film, One Night in Argentina: The Legend of John Combs. Since being promoted to black belt, John has taken gold at the 2018 IBJJF Denver Open and the 2019 ADCC West Coast Trials, and won many, many other matches against world class competitors, frequently by the submission for which he is most feared, the guillotine.

We are proud to have John represent Penguin Fingers and we look forward to his continued rise in 2020! Untold success is in his future and we are proud to share the journey. 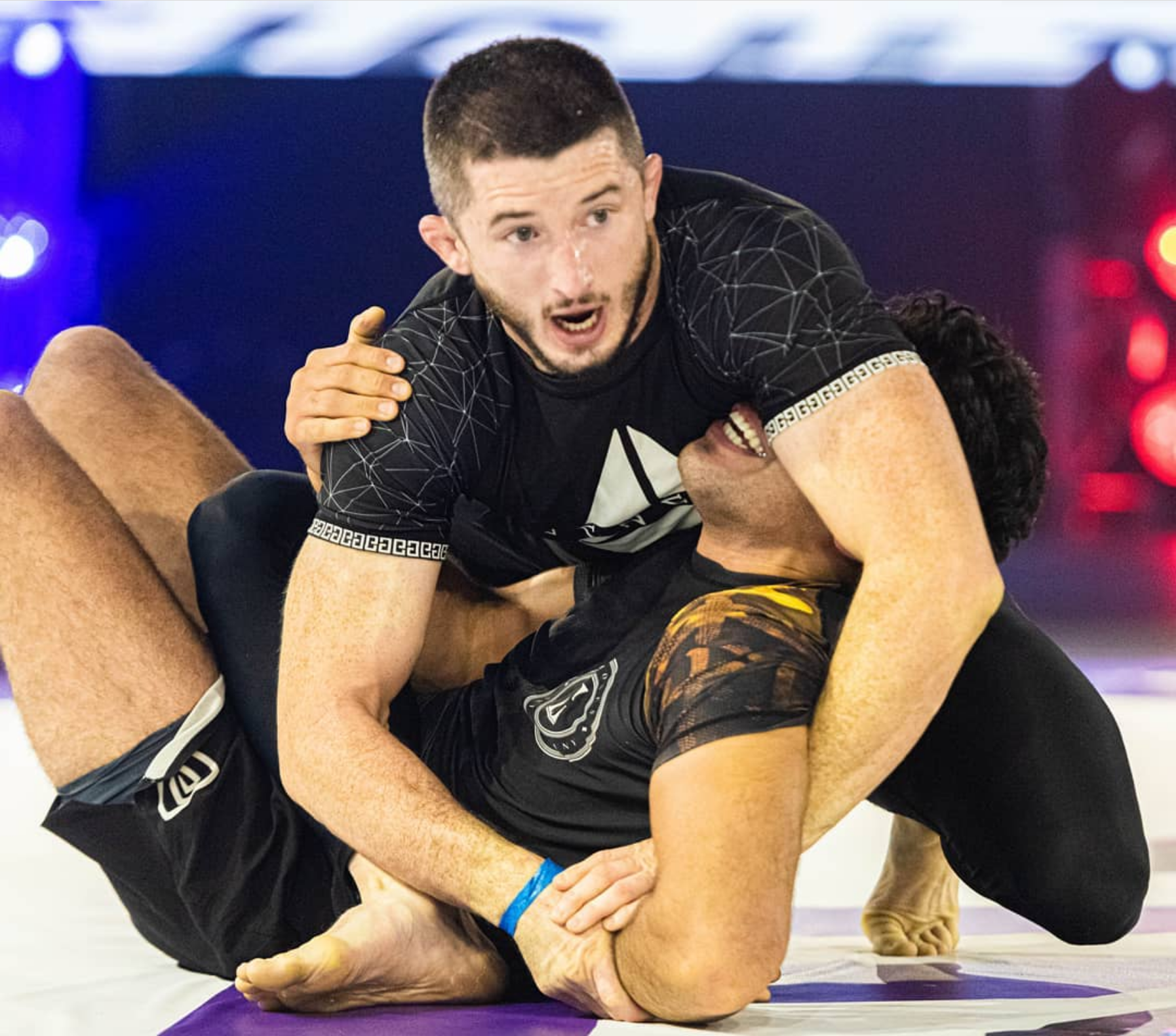